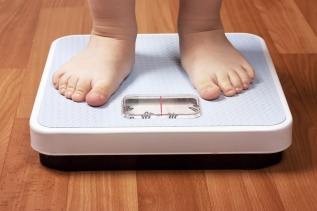 Childhood obesity is a serious epidemic. It affects the physical and psychological well-being of millions of children and youth in the United States, increasing the risk for chronic diseases, bullying and social discrimination.1 In addition, Latino and Black children in the US are significantly more likely than their White counterparts to be exposed to almost all known risk factors for becoming overweight or obese early in life.2

To curb the epidemic, preventing obesity in early childhood and eliminating existing ethnic/racial disparities in its prevalence must be a strong health priority. Recent research shows that obesity may be very difficult to reverse if children are obese by 5 years of age.

To target childhood obesity, we must focus on both mother and child. Children born to mothers who were obese or overweight before pregnancy were 1.37 to 4.25 times more likely to be overweight themselves.3 This maternal-child life course obesity cycle indicates that the body mass index (BMI) of the mother around the time of conception and the amount of weight she gains during pregnancy can have an impact on the risk of her offspring to become obese and develop chronic diseases later in life.

In the report, authors Rafael Perez-Escamilla, professor of epidemiology and public health at the Yale School of Public Health, and Judith Meyers, CHDI’s president and CEO, make recommendations based on the findings, aimed at supporting women of reproductive age during pre-pregnancy, pregnancy and the mothering of infants and toddlers.

Drawing on the research findings and expert input, the report offers the following recommendations to Connecticut policymakers, advocates and other leaders on how to address early childhood obesity, focusing on children from birth to age 3:

Addressing childhood obesity requires multi-level and multi-generational interventions grounded in the social-ecological framework. The IMPACT review helps point toward a comprehensive approach that can reverse the rising rates of obesity, resulting in improved health and life outcomes for all of Connecticut’s children.

CHDI, with funding from the Children’s Fund of Connecticut, plans to contract with the Center for Public Health and Policy at the University of Connecticut to conduct the analyses necessary to proceed with recommendations 1 and 2. To address the remaining recommendations, however, there needs to be collective action from Connecticut’s leaders to successfully alter the childhood obesity epidemic.